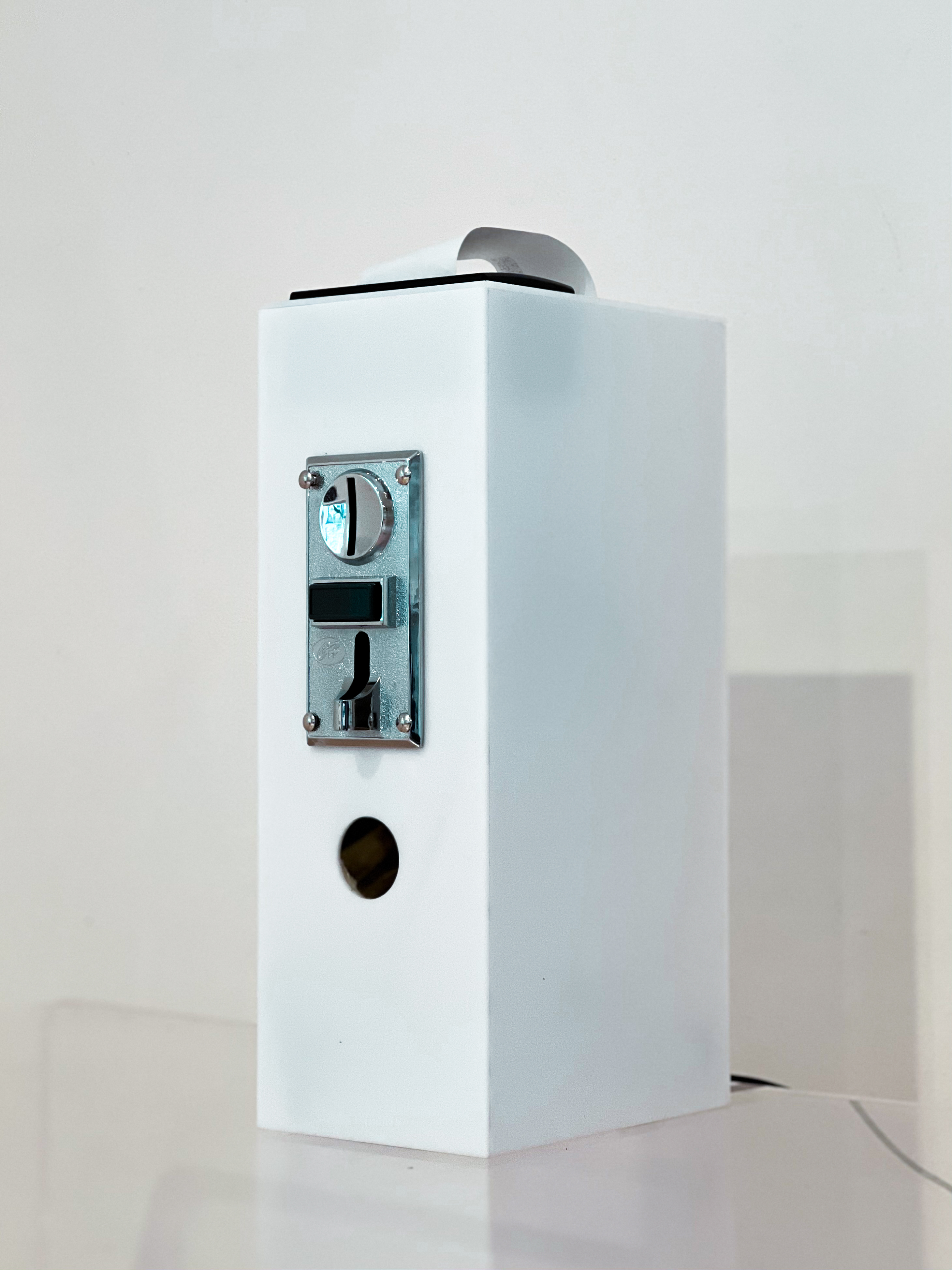 A direct result of the neoliberal turn, now, almost anything can be purchased, owned, or resold [1]. Neoliberalism gave birth to greater financialization, which led to instruments such as financial derivatives, speculative assets, and extreme dependence on fiat currency. The general sentiment from the capitalist class is that anything can be bought; greater wealth accumulation can directly correspond to ease, contentment, and, most importantly, power [2]. Free-market capitalism champions this vision, and that vision, that dream, is perhaps the only “economic” aspect that does trickle down to the working class.

Margaret Thatcher has gone down in history as the most vocal proponent of capitalism and the particular variant today. Widely championing the phrase “there is no alternative,” or TINA, Thatcher rallied many others who still believe the axiom to be true [3]. Even dissenters have felt defeated by the capitalist machine, as vocal critics such as the late Mark Fisher have acquiesced to the notion of “capitalist realism,” the sense that not only is capitalism the only option but also that it is impossible to imagine a coherent alternative to it [4].

While capitalism is the dominant economic paradigm, alternatives are and have not been absent [5]. Communities past and present have explored alternatives, many of which are non-monetary. Capitalism may flood the dominant ideology of our internal compass and guiding set of values for now, but it need not forever. Sheer awareness of alternatives is the first step to departing from a mainstream paradigm and structure [6].

Simply put, YOUR MONEY IS NO GOOD HERE is an inverse vending machine of alternative economic models and anti-capitalist strategies that abandon currency and monetary approaches. Paying homage to imagery such as the piggy bank, vending machine, ATM, and other coin-operated symbols of capitalism, this sculpture subverts these icons to expose alternative economic models to participants. The piece thwarts an expected interaction model by elucidating an alternative structure for consideration. 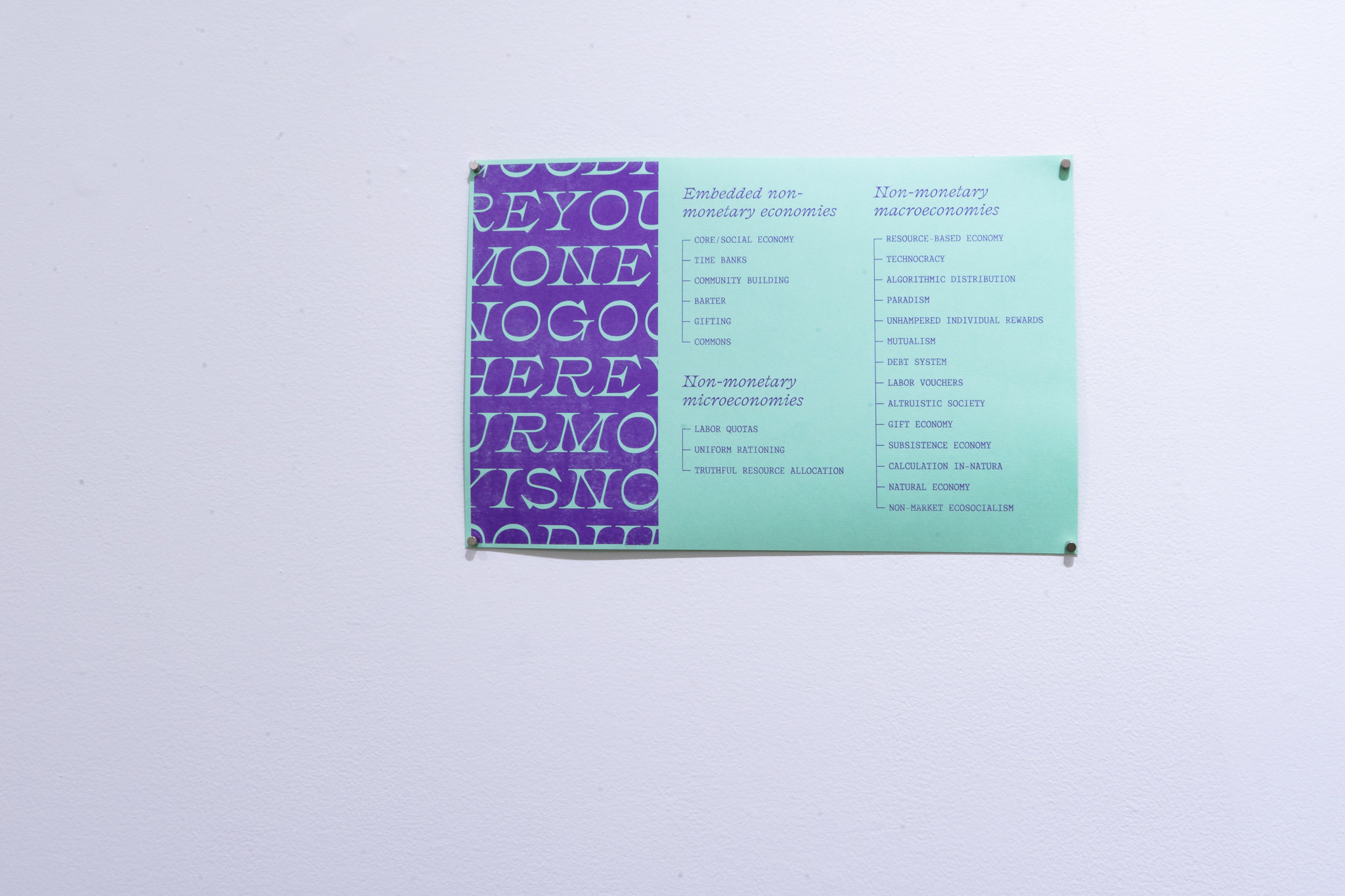 YOUR MONEY IS NO GOOD HERE uses a simple interaction model. Participants interact with the sculpture by first inserting a coin of their choosing, which is immediately spit out and returned to them upon insertion. Subsequently, a receipt printer attached to the sculpture prints a record of the transaction, including the words “YOUR MONEY IS NO GOOD HERE” and a QR code. Participants who scan the code will be sent to a random non-monetary economic model. In this spirit, the work leverages existing paradigms and everyday interactions within capitalism to raise awareness of wildly different alternatives. 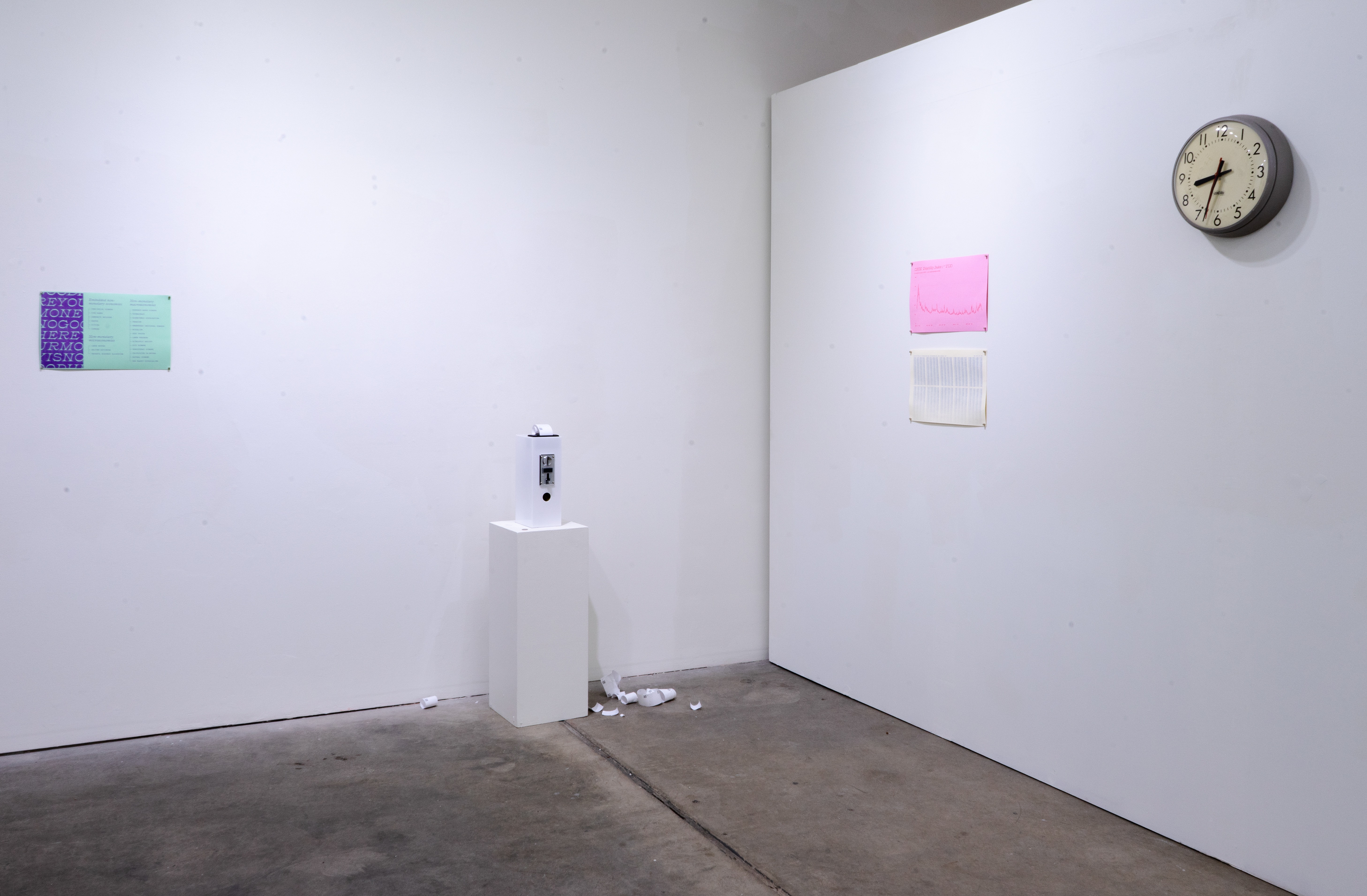