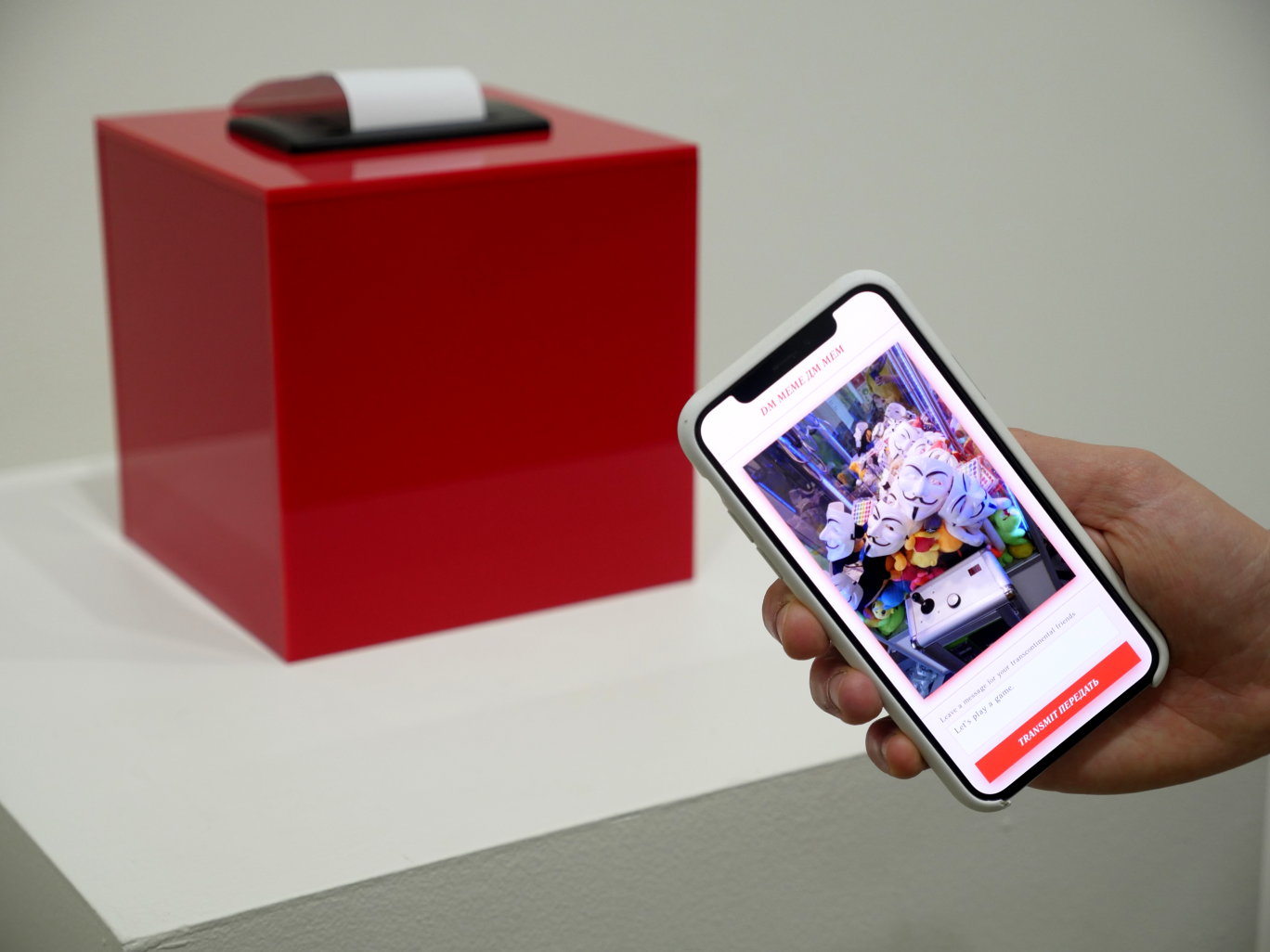 Our contemporary social communication slips into private prompts, direct messages (dm)s, shared memes, and search/discovery through hashtags. This common form has evolved from the 1960s landline and instead lives on through the screens of our mobile devices.

DM MEME is a work inspired by the original Moscow - DC hotline established in 1963 where both critical and cultural communications were relayed between the two superpowers. Popularly referred to as the “red telephone”, this hotline has served as a cultural signifier of the exchange between the Soviet Union/Russia and the United States.

Through DM MEME, we invite participants to engage in a real-time morphing of the contextual and semantic meanings imbued in image-based memes. The definition, description, or response to a meme in one’s native tongue will serve as the starting point to a transcontinental collaboration with another participant. Once two participants respond to the same message, likely in different languages, a pseudo-collaborative poetic and encoded response will be generated that repositions the meaning of the meme at hand. This 3-way collaboration between two participants and a computational system seeks to connect the global and local through questioning the cultural transmission of memes and how their meaning evolves, morphs, and transforms through the digital ether.

Flow diagram for the installation

The interaction model is as follows: 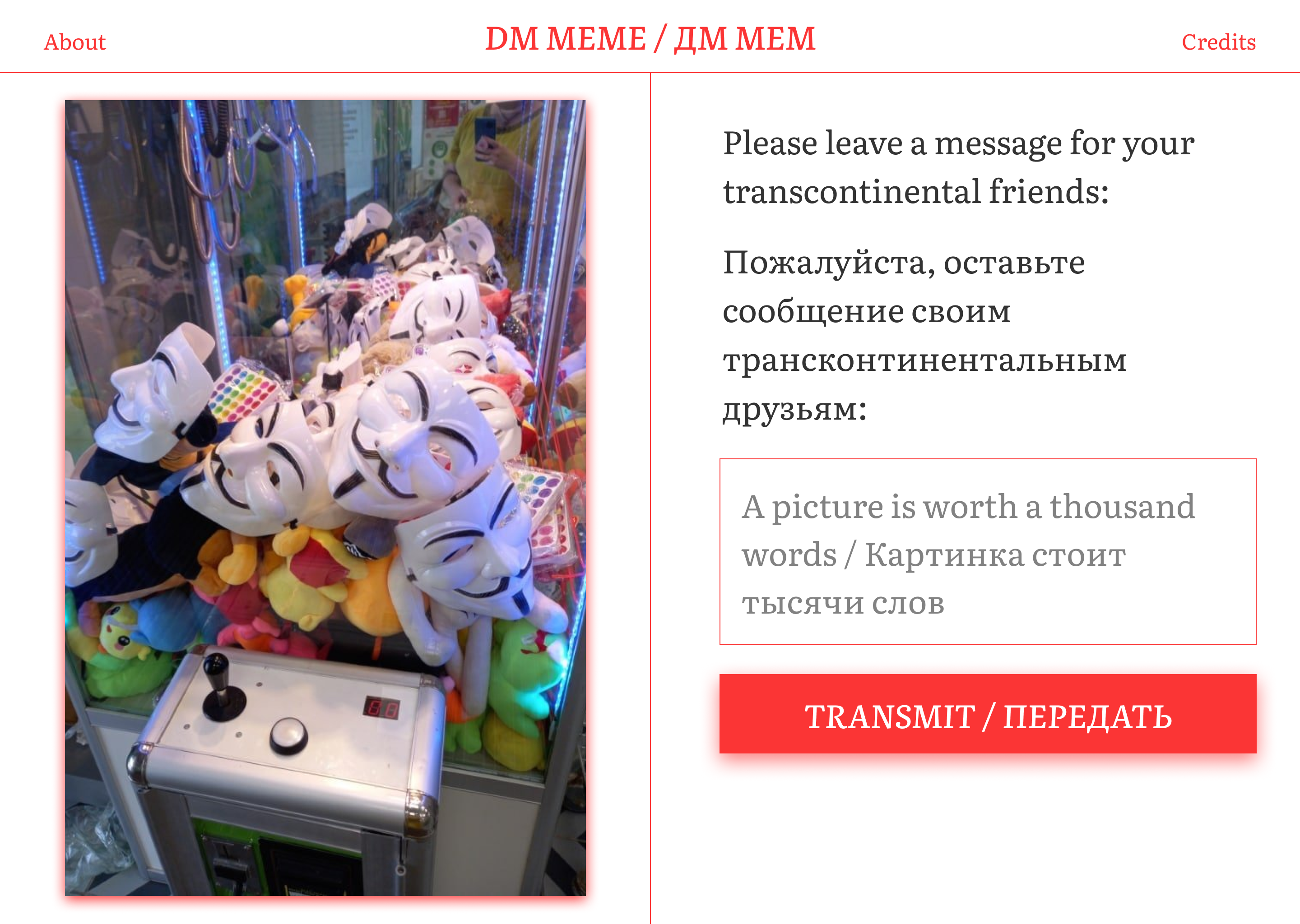 Web UI for the installation