Time, as we know it, is a capitalist construct [1]. Its segmentation produces applicable “work units” from which we coordinate daily activities. The capitalist formulation of time dictates how we spend our working hours and provides a framing for how elements unaccounted for by the traditional measures of capitalism transpire. Capitalism does not consider the labor that does not directly influence GDP, and so much of our efforts, both within and outside the workplace, go unnoticed [2].

In 1987, Arelene Kaplan Daniels coined the phrase “invisible work” as a way to describe “women’s work,” which goes largely unconsidered and devalued in society [3]. Examples include housework, child-rearing, emotional support, and more. This phrase has since been propelled into the vernacular of capitalist reform and now encompasses many additional forms of labor that are “invisible” by our current capitalist reality.

As technology has advanced, so have expansion opportunities for invisible labor. Invisible work now infiltrates online spaces in both more blatant and subtle ways. Our presence on social media helps drive economic activity for the behemoths that host these platforms. Facebook, Twitter, Instagram, and the like all rely on forms of invisible labor to fuel their profit engines—from logging in to sharing a post—all through the exploitation of the unaware user [4]. However, what lies invisible can only remain so if it is not brought to the forefront and explicated in ways for all to see.

Capitalist Clock segments aspects of our invisible digital labor as units of time to reinforce the tight coupling of time & money and raise awareness of our exploited online actions. Everyone who participates in social media performs labor for the platforms behind each service, which goes unaccounted for. Every click, like, favorite, bookmark, reply, or search is an act of work capitalism ignores but is leveraged to garner greater profits.

The work’s formal qualities rely on visual metaphors of time-card clocks in which workers used cards to “clock in” and clock out.” As a reference to exposing the inner workings of such systems, the piece comprises exposed electronics: a solenoid, an LCD readout, and a microcontroller drive its operating mechanics. Its driving mechanics pull a tweet that references a time-money idiom (e.g., “time well spent,” “time is money,” “waste of time,” etc.), fires the motor, and marquees on display. In effect, Capitalist Clock seeks to exhibit a minute component of the invisible labor of social media as an indirect catalyst for consciousness-raising. 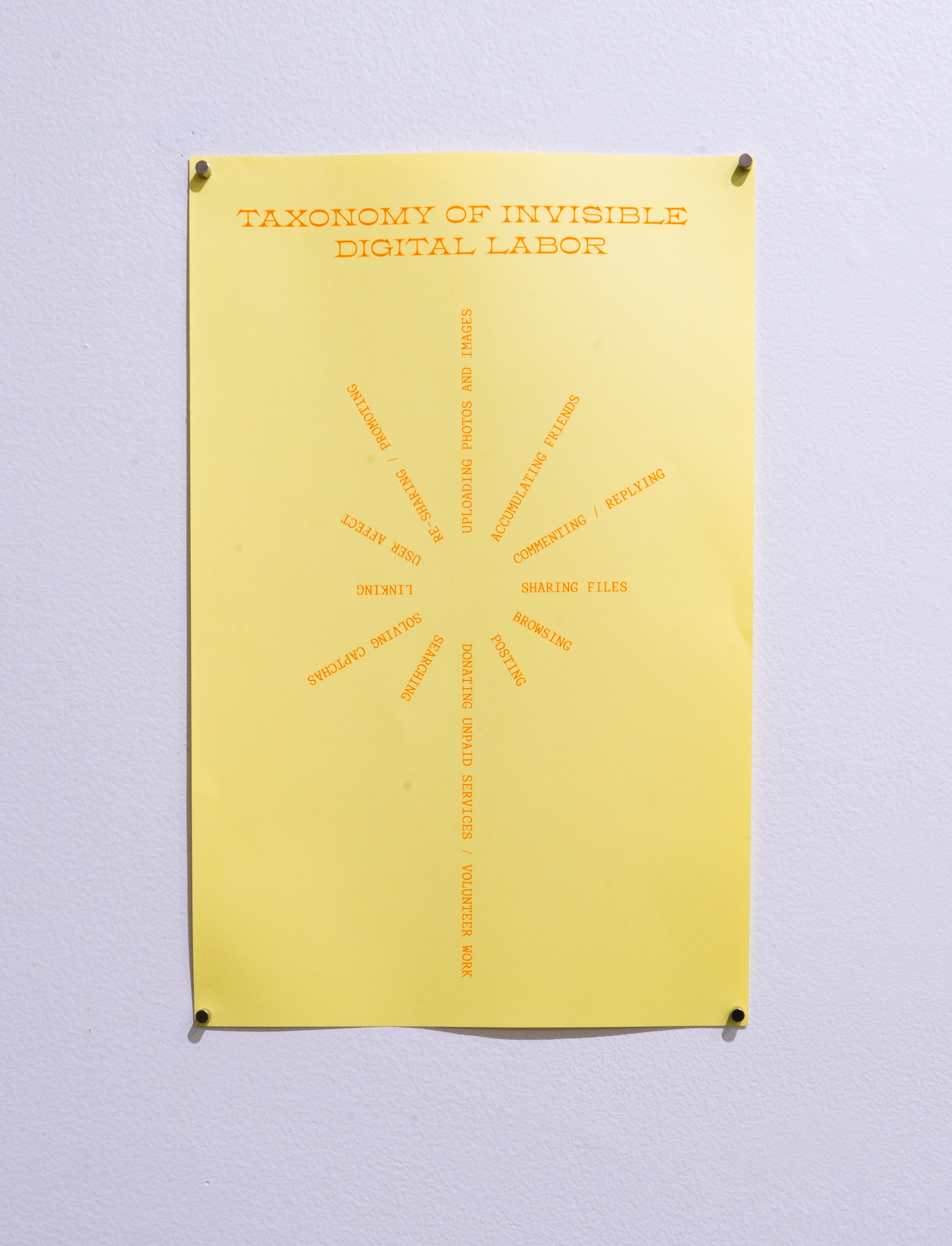